To mentor young readers and bring their reading up to grade level.

To expand services to students with sensory processing disorder symptoms.

When Teesa* entered the ALIVE! CDC in the Pre-Kindergarten classroom at the age of five, there was immediate concern because she spoke in a whisper, hopped instead of walked, was afraid to climb up or down stairs, and was able to make only the faintest pencil marks on a paper. Based on a Child Find screening by the CDC, Teesa began Occupational Therapy and activities including animal walking, scooter board propulsion, hand manipulation with putty, auditory memory games, and the use of writing tools.

Nine months later, she was re-screened and found to be functioning within developmental parameters in all areas assessed. Teesa began kindergarten and her family reports that she is doing well. 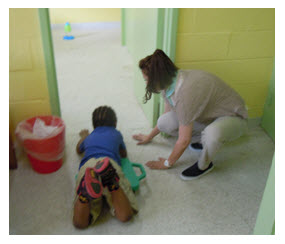 When Lea* started at ALIVE, her lack of motor skill development was evident as she was unable to write her name, use scissors and her attempts to draw were random scribbles. She had poor posture control, was easily fatigued, could not skip, balance on one foot, or jump forward and disliked sitting near other children.

ALIVE! provided Lea with a sensory-integration teaching aide funded through the RunningBrooke
Grant. She worked with Lea in 1:1 sessions, provided her teachers and mother with activities to strengthen her fine and gross motor skills, improved her sensory functioning, and increased her stamina and core strength.

Seven months later, Lea is a changed little girl, able to join group activities on the playground and pre-academic activities in the classroom such as cutting, pasting, and writing. Best of all, Lea has made friends with classmates, and now easily separates from her mother in the morning. 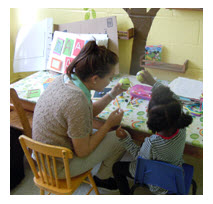 To fund an after-school bicycling program for 50 students, and promote healthy eating. 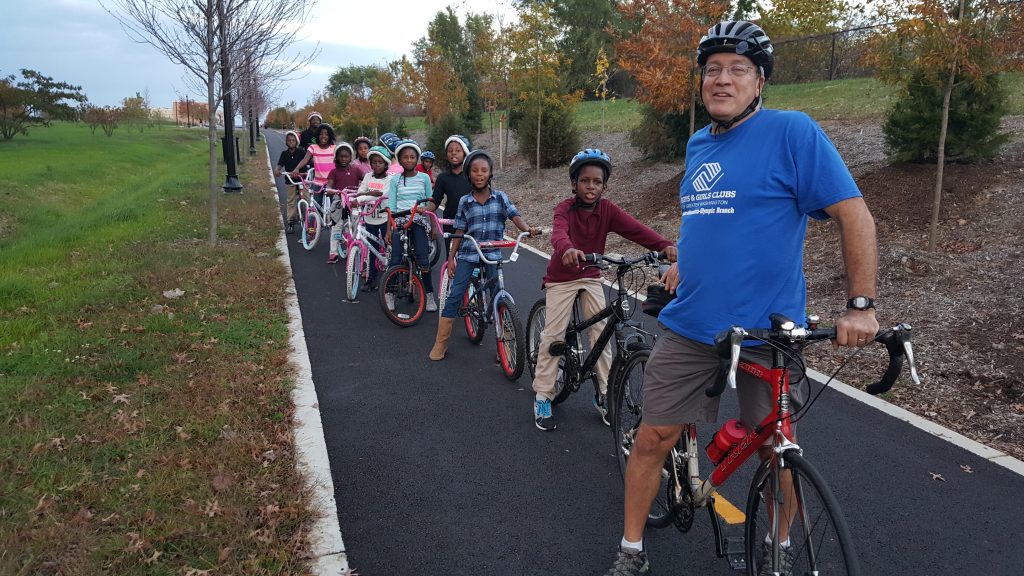 To provide free, bilingual, preschool classes for at risk children and social services for parents.

To tutor 151 children in the Arlandria and Brent Place Communities.

To supply field art kits for at risk children in a nature journalism class learning about science through art.

Girls on the Run, NoVA

To provide scholarships and after-school classes, teaching positive body image and self-esteem while training for a 5K.

To further develop literacy skills and healthy lifestyle choices amongst 600 children in the New Neighbors Program.

You provided provided opportunities for both exercise and play through the purchase of balls, beanbags, cones and a wagon that could be used indoors and outside depending on the weather. In addition, Campagna Center was able to demonstrate hands-on basic nutrition and healthy food options to both the children and the parents who had remarked that they are unfamiliar with the many different types of food we have in the U.S. The training helped them understand how to select the best foods to ensure the health of their children and families. 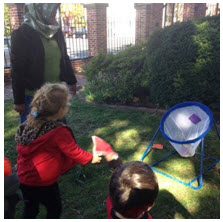 To fund soccer and tango lessons, teamwork and respect in City schools.

Angel* was known for his disruptive behavior and spent a lot of time with the special education teacher. Slowly, with one-on-one engagement and guidance, his behavior began to improve as he participated in the preparation of a show for the parents. Even the other students expressed their support for him and commented on his improvement.

The day of the performance, Angel became very agitated. “My mother is coming. I can’t be in the show. She will see me!” He tried to hide. Everyone encouraged him. “Come on, Angel, your mother will be proud of you.” He was so terrified he could hardly move, but the dance teacher took his hand and led him to the front of the line and he danced the tango. He did brilliantly; despite his history of physical and emotional challenges. It was an amazing performance and his mother was there to see him. 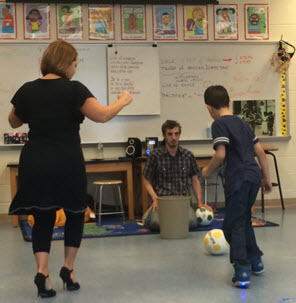 *Not their real names.